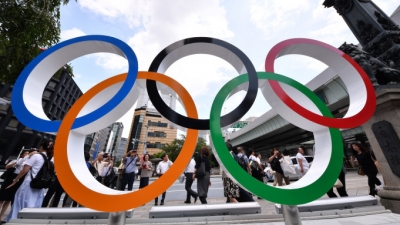 The desicion came after Washington spent almost a month in China to know the position of the situation.

Hosted in February next year by a country it accuses of perpetrating “genocide” against Uyghur Muslims in the northwestern Xinjiang region.

White House Press Secretary Jen Psaki said the administration would send no diplomatic or official representation to the Games given China’s “ongoing genocide and crimes against humanity in Xinjiang and other human rights abuses.”

“And we simply can’t do that.”

“The athletes on Team USA have our full support. We will be behind them 100 percent as we cheer them on from home,” she added.

The US-China relations hit a low point under Joe Biden’s precessor Donald Trump with a big trade war in the times of COVID-19 that was originated from Chinese city Wuhan.

The Olympics boycott is part of a complex diplomatic balancing act.