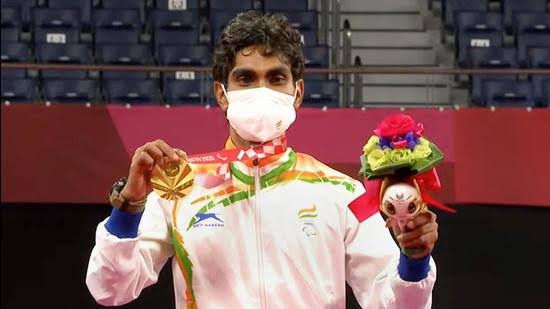 India para-shuttler who won gold medal at Tokyo 2020 has said that the athletes will keep on winning more medals for India in the upcoming tournaments.

Pramod will receive Major Dhyan Chand Khel Ratna Award on Saturday along with 11 other athletes.

“I’m receiving Khel Ratna Award this year. I feel good because the nation treated able-bodied and para-athletes equally. We won 19 medals in Paralympics, we’ll win more medals in the time to come and keep bringing laurels to the nation,” Pramod told ANI.

“When I went to Tokyo I was Pramod Bhagat but when I came back my state gave me a name ‘Golden Promod Bhagat’. Central and state government supported me and provided me all the facilities during the COVID-19 times to train for the game,” he added.