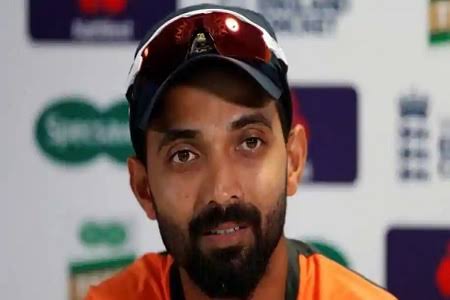 What a fascinating day of the Test match it was in Sydney. Hanuma Vihari and Ravichandran Ashwin batted for 258 deliveries which helped team India to draw the third Test match against Australia. As of now, the series is poised at 1-1 with one more test remaining. Meanwhile, standing captain Rahane lauds the team performance and said the plan was to stay on the pitch till the last ball.

“Our talk coming this morning was to show character and fight till the end. Not to think about the result. Really happy with the way we fought especially today but also throughout the game,” Rahane said at the post-match presentation.

“Even in the first innings when Australia were 200 for 2 and getting them all out for 338 was really good,” he added.

“There are few areas we can improve (ahead of fourth Test) on but special mention to Vihari and Ashwin. The way they batted in the end and showed character was really good to see. Credit to him (Pant) for the way he played,” said the skipper

At the start of the fifth day of play in Sydney, it was almost impossible for the Indian team to sustain before the Australian bowlers on the last day pitch.

“[We were] pretty confident (at the start of the day), with our attack. We certainly created enough chances to win the game,” Paine said in the post-match presentation to the host broadcaster. “It’s a tough one to swallow, particularly given my situation. I thought our bowlers were superb all day. Marnie [Labuschagne] and Nathan [Lyon] tried everything, the quicks were awesome. Just didn’t hold our catches, myself in particular, so we’re going to cop the blame for that and wear it and move on to Brisbane,” said Australia captain Tim Paine

But later the 148 runs partnership between Rishabh Pant and Cheteshwar Pujara has put the Indian team ahead of Australia in the first two sessions but Australians took the charge later.

The final game is all set to begin from January 15 at Brisbane which will be the series decider and if that match will also end in no result then India will retain the Border-Gavaskar Trophy for the second consecutive time.