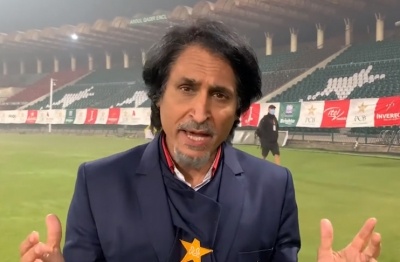 Pakistan Cricket Board chairman Ramiz Raja left fuming after England backed out to play the series in the country. ECB stated that men’s and women’s teams had been cancelled due to “increasing concerns about travelling to the region.”

Days back New Zealand too cancelled their white-ball series in the 11th hour of the match.

In a video message released by the PCB on Tuesday, Ramiz said, “I am severely disappointed in England’s withdrawal but it was expected because this western bloc gets united unfortunately and tries to back each other.

“So you can take any decision on the basis of security threat and perception. There was a sense of anger because first New Zealand got away without sharing information about the threat they were facing. Now, this [England] was expected but this is a lesson for us because we go out of our way to accommodate and pamper these sides when they visit. And when we go there, we undergo strict quarantines and we tolerate their admonishments, but there is a lesson in this. That is, that from now on we will only go as far as is in our interest,” added Ramiz.

Since COVID-19 came in, Pakistan have toured England twice besides flying to New Zealand and West Indies, only to see England pull out citing the “mental and physical well-being of our players”.

“Our interest is that cricket will not stop in our country and if the cricket fraternity will not take care of each other then there’s no point to it. New Zealand, then England, now we have a West Indies series that can also be hit, and Australia who is already reconsidering. This — England, Australia, New Zealand — is all one block. Who can we complain to? We thought they were our own but they haven’t accepted us as theirs.”