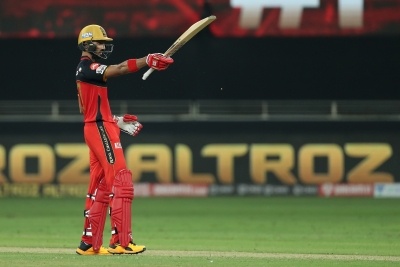 Young opener Devdutt Padikkal shared his Royal Challengers Bangalore debut match story and said he wasn’t expecting to make it the team right from the start of the Indian Premier League 2020.

“Simon actually came out and told me that you’ll be playing the first game. I wasn’t expecting it to be honest, I thought they might bench me for a couple of games before they gave me a spot in the squad,” said Padikkal on The RCB Podcast while talking about his first game.

He said playing for RCB right from the first game gave him the required confidence.

“The fact that they immediately put in from the first game gave me so much confidence. They have that trust and belief in me that I can straightaway get into the team and start performing. All you need is confidence from the management and coaches,” he said. Interestingly, Padikkal wasn’t retained by RCB for IPL 2022.

Padikkal was however not retained by RCB for the upcoming IPL season but the Bangalore-based franchise might have him back in the team.