Rohit backs Rahul for his spot in WT20I 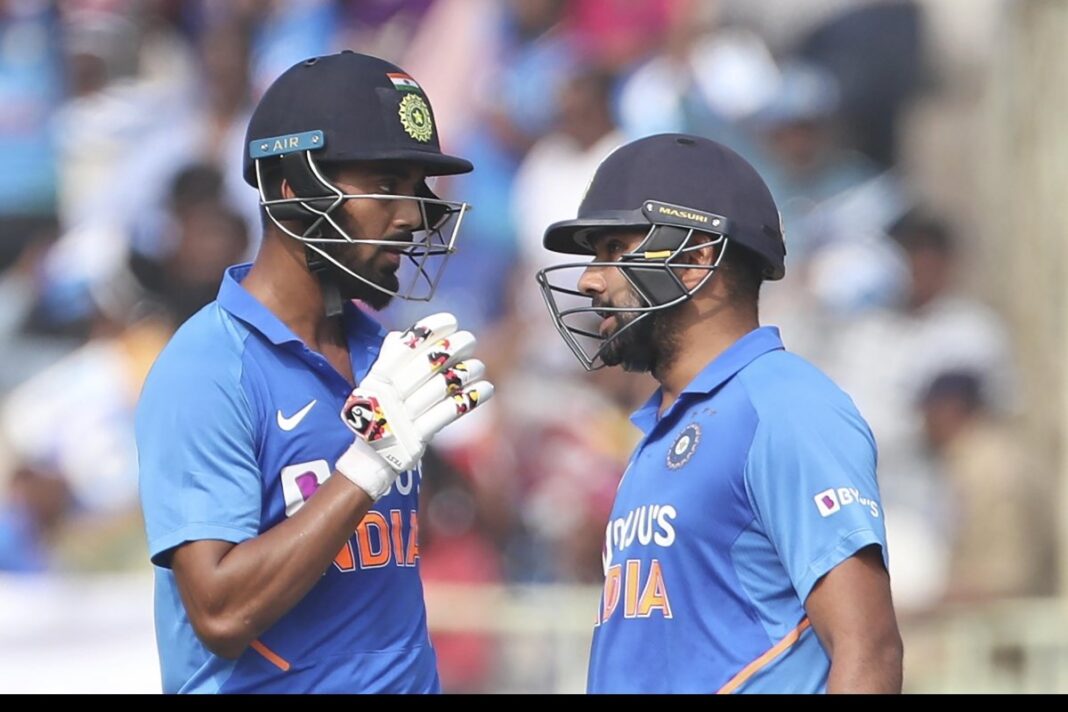 India defeated England by 36 runs in the fifth and the final T20I match to take the series with 3-2. Captain Virat Kohli took charge of the opening along with Rohit Sharma and stood for a 91-run partnership for the first wicket.

Virat Kohli made it very that he is the option for the opening slot along with Rohit Sharma in the World Cup. He also asserted that he is going to open in the Indian Premier League as well for Royal Challengers Bangalore.

“Still early days to be talking about what the batting lineup will be looking like in the T20 World Cup. We have to analyze and think about what suits the team the most.”

“Today was a tactical move because we wanted an extra bowler to play. We wanted to leave 1 batsman out and unfortunately, it was KL Rahul,” Rohit told reporters after the game.

Rohit said that the batting order which was set in this series doesn not indicate that the same will be in the World Cup later this year.

“He has been one of our key players in limited-overs format, especially in this format. Looking at the current form the team management decided to play the best XI. But having said that, it doesn’t send any signal that KL will not be considered this was just for one particular game.

“Things might change as we go closer to the World Cup, we do understand his ability and contribution at the top and what he’s done for us. I’m not going to rule out anything neither I’m going to say that this is the preferred batting lineup for the World Cup, “Rohit said.