Support Us
More
More
HomeSPORTSSaha: Not concerned about who is No.1 or No.2 between me and...
SPORTS
January 25, 2021

Saha: Not concerned about who is No.1 or No.2 between me and Pant 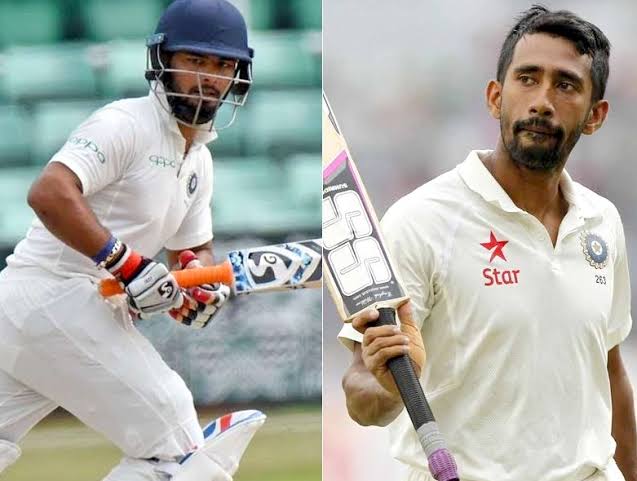 The Indian cricket team performed brilliantly on the tour of Australia and named the Test series and T20 series. Even though India had to face defeat in the ODI series on this tour, its team made a spectacular comeback and won the T20 series first and then defeated Australia in the Test series, once again named the Border-Gavaskar Trophy.

India suffered badly in the first match of the Test series, but the team did not give up and beat the strong Australian team in the absence of their main players to win the four-match Test series 2-1. . In this series, young wicket-keeper batsman Rishabh Pant dominated and he scored the most runs for India.

“You can ask him (Pant), we have a friendly relationship and help each other whoever gets into the XI. Personally, there’s no conflict with him,” Saha said.

“I don’t ‘see who is No.1 or 2 … Team will give a chance to those who do better. I will continue to do my job. Selection is not in my hands, it’s up to the management.”

“No one learns algebra in class I. You always go step by step. He is giving his best and will definitely improve. He has matured and proved himself. In the long run, it augurs well for the Indian team,” he said of Pant.

“Dhoni will remain Dhoni and everyone has his own identity”, said the Bengal wicket-keeper.