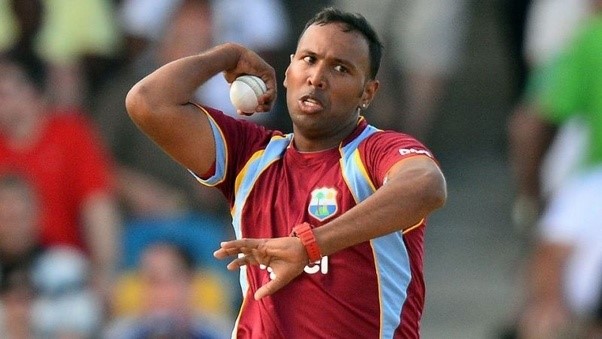 Former West Indies leg-spinner Samuel Badree has in his coloumn that it is hard to look past South Africa left-arm chinaman bowler Tabraiz Shamsi as the best spinner going into the men’s T20 World Cup in the UAE and Oman starting Sunday.

“When it comes to the best spinner at the ICC Men’s T20 World Cup, it’s hard to look past Tabraiz Shamsi. The South African is ranked No.1 in the MRF Tyres ICC Men’s T20I Player Rankings for a reason and as a left-armer, he poses a significant challenge for batters,” wrote Badree in his column for the ICC on Saturday.

“Left-arm wrist spinners are rare in international cricket – he’s very consistent, can turn the ball both ways and has tremendous control. I saw him recently in the Caribbean when South Africa played the West Indies and he was able to spin webs around the West Indian batters,” observed Badree, who won the T20 World Cup with West Indies in 2012 and 2016.

Badree believes that Shamsi will have a big role to play for South Africa in the tournament. “I see him playing a major role for his team with the ball – he has the ability to bowl in different phases of the game, too, which is important. His captain Temba Bavuma will be able to call on him to deliver at any time in the innings and that’s worth its weight in gold.”

Badree commented on India’s Ravichandran Ashwin along with Australian duo of Adam Zampa and Ashton Agar and said they can do well at the marquee event.

“In terms of other spinners, Ravichandran Ashwin is of course there for India. He has that experience; he’s played for quite a long time now. Australia can bowl Adam Zampa and Ashton Agar in tandem and they have done well bowling together in the recent past.”

The T20 World Cup is set to begin from October 17 in the UAE and Oman while the finals will be played on November 14 in Dubai.