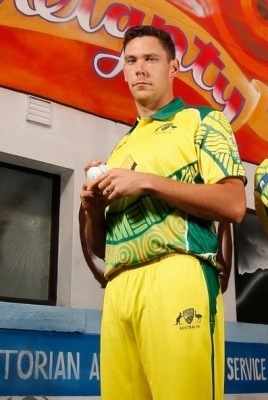 Australian bowler Scott Boland is all set to make his Test debut at home as he has been selected in the playing XI for the third Ashes Test at the Melbourne Cricket Ground starting Sunday.

Australia regular captain Pat Cummins will also make his comeback to the side and will lead in the Boxing Day Test.

“Player-of-the-match in the only Marsh Sheffield Shield game held at the MCG so far this season, Boland would be awarded the Jonny Mullagh Medal (named for the star Aboriginal allrounder from Australia’s historic 1868 tour of England) if he was to earn that honour again in his maiden Test,” according to cricket.com.au on Friday.