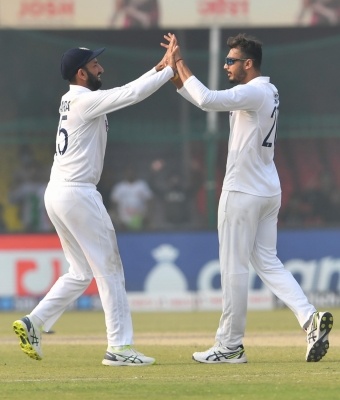 The South Africa government has given full assuarance to Board of Control for Cricket in India (BCCI) that they will providw best “bio-secure environment” to ensure the safety of players from the fast-spreading Omicron variant of Covid-19.

The India ‘A’ team is currently in Bloemfontein and playing the second unofficial Test against South Africa which commenced on Tuesday. The last Test will commence on December 6.

The senior men’s team is scheduled to fly South Africa after the conclusion of the Test series against New Zealand in Mumbai.

“The Indian National Cricket Team is also scheduled to visit South Africa and will play three games during their tour. The first will be played at the Wanderers and will start on 17 December, to be followed by the second match at Supersport Park on 26 December 2021 and the third match at Newlands on 3 January 2022.

“Whilst in South Africa the team will also play three One Day International games (ODIs) and four T20 matches, which will all be played at Newlands and Paarl,” said the statement.

“The anniversary will be celebrated by a commemorative event that will take place on 2 January 2022 in Cape Town. This event will also serve to highlight the strong ties between South Africa and India, which is once again demonstrated by the tour of the two Indian teams,” said the statement.