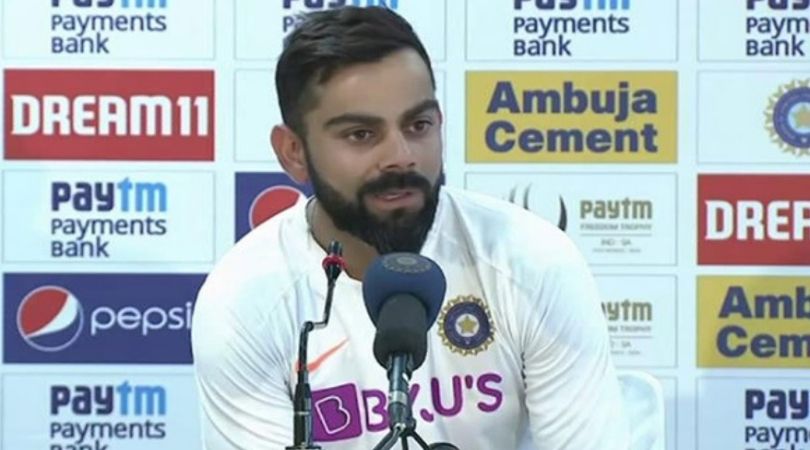 After missing the second Test, the Indian captain Virat Kohli, is set to return to the field in the decisive third Test of the thre-match series against South Africa. In the press conference on Monday, Kohli had said that he’s absolutely fit and match ready for the series decider at the Newlands in Cape Town.

“Siraj is obviously recovering from the (hamstring) niggle he had in the last game and at present, I don’t think he is match-ready to take the field in the third Test,” Kohli said in the pre-match virtual press conference.

“You cannot obviously risk a guy who is not at 110 per cent as a fast bowler and we know how important that is as the little niggle he had can extend into an injury,” the skipper said.

“Siraj is not up to the mark. As I said, we are yet to sit down, myself, the head coach and vice-captain to decide what we want to do about replacement,” he said.

“And I say that because of our bench strength and it’s difficult for us to figure out as everyone is bowling well, batting well, these things become a point of contention and we need to have a healthy discussion on a decision on that and just that everyone feels balanced (okay) about it,” he further said.

“But I am happy being in this position sitting here trying to decide who is going to play rather than having other options.”

The two-match series stands level at 1-1 after South Africa won the the second Test.