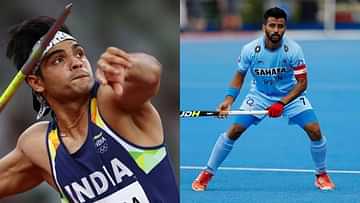 Sportspersons, coaches, who have made excellent contribution in sports, were honored with sports awards today. President Ram Nath Kovind distributed sports awards at Rashtrapati Bhavan. Every year awards are given in different categories to the best contributors in the field of sports. These include Khel, Ratna, Arjuna Award, Dronacharya Award, Lifetime Achievement Award, Rashtriya Khel Protsahan Award, Maulana Abul Kalam Azad Award. Although these awards are announced on August 29, the birthday of Major Dhyanchand, who is called the sports day, the magician of hockey, but this time due to the Olympic and Paralympic games, the announcement of these awards was delayed.

The Khel Ratna Award, the highest honor in the world of sports, will be given to 12 players this year. This is the first time that so many players have been given the Khel Ratna Award at the same time. The names of the first 11 players were announced, after which the name of hockey team captain Manpreet Singh was also added to it.