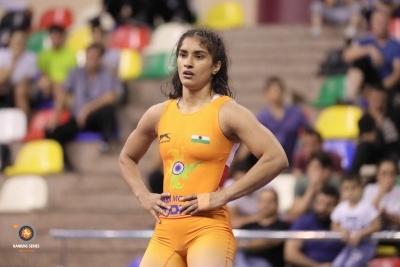 On August 31, the 27-year-old Haryana grappler had pulled out of the World Championship trials after competing in her opening bout. At that time, she had cited “dizziness” as the reason.

“I don’t know what happened to me. It’s not an injury. I felt dizzy,” Vinesh had said.

The Olympics wrestler shared her picture on Twitter while on a hospital bed.

“Elbow surgery done! No matter how many times I fall, I will still rise,” she wrote on Twitter.