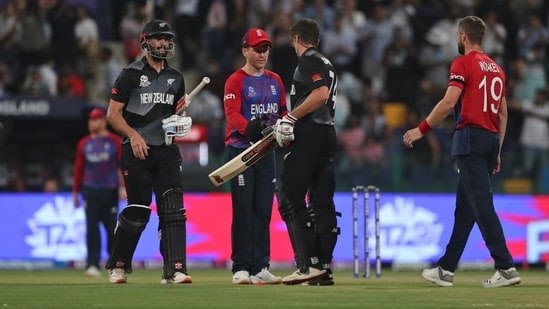 New Zealand beat England by 8 wickets to reach the finals of the ongoing T20 World Cup on Wednesday in Abu Dhabi.

Chasing the target of 167 runs, New Zealand lost two wickets early but later Devon Conway and Daryl Mitchell added 82 runs for the third wicket that laid the foundation of the chase. Mitchell went on scoring an unbeaten 72 runs.

Earlier England scored 166/4 in 20 overs where Moeen Ali top-scored for the team with his 51 runs knock. Ali added 83 runs with Dawid Malan for the third wicket and later when Malan fall short, Ali continued his momentum and guided England to a comfortable finish.