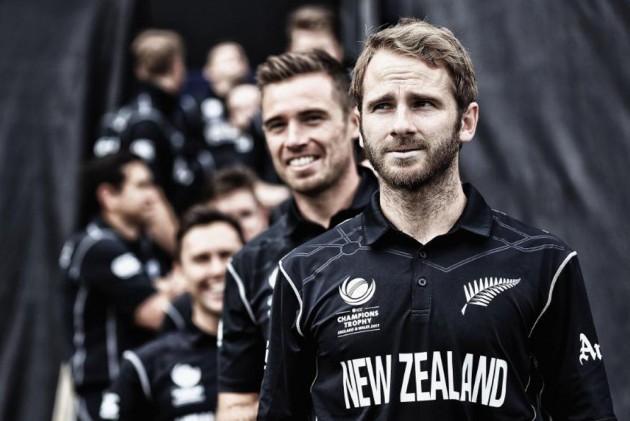 New Zealand will face Australia in the final of the T20 World Cup 2021 on Sunday at Dubai International Cricket Stadium. Ahead of the summit clash Blackcaps skipper Kane Williamson has said that he is excited to take on their neighbour Australia in the mega final.

“I think when you play each other, I suppose both teams get a reasonable look at one another. So probably not too many advantages to either side except that we do play each other and have done so recently on a number of occasions and had some really good contests. It’s great that obviously, we’re playing our neighbour on the other side of the world in a World Cup Final. A really exciting prospect for both teams,” said Williamson while replying to a question from IANS in the pre-final press conference on Saturday.

Speaking on what makes the Trans-Tasman rivalry special, Williamson remarked, “I suppose the fact that we are sort of neighbours creates a bit of that, in a number of different sports as well. We play each other on a number of occasions. Naturally, it’s a little bit easier to fly across to each other’s countries and compete, and certainly in recent times with the Covid restrictions that have been going on. That’s been something that’s happened more frequently. It is always a great competition, a great occasion when we play each other. So, both teams I think are really excited at that prospect tomorrow.”

Both the teams go into the game on back of close semifinal. Matthew Wade and Daryl Mitchell played match-winning knocks against Pakistan and England respectively in the final-four match.