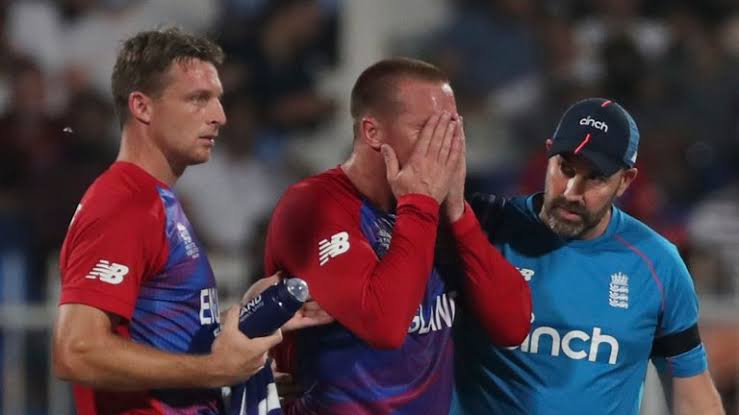 England opener Jason Roy suffered a calf-injury during the clash against South Africa on Saturday which Proteas won by 10 runs.

The injury seemed to be serious for Roy as he could barely walk and hobbled off the pitch after the match.

Such was the impact of the injury, that the opener was forced to limp off the pitch with the help of teammate Tom Curran and England physio.

“It obviously didn’t look great. We’ll wait to see what his movement is like before we send him for a scan and go from there. We’re all hopeful that he comes through in some manner or there’s some remedy to get him through one or two games, but we need to do what’s best for Jason and the team,” said England captain Morgan at the post-match press conference on Saturday.

England finished Group 1 on top and they will now play in the semifinals against the second qualifying team of Group 2.