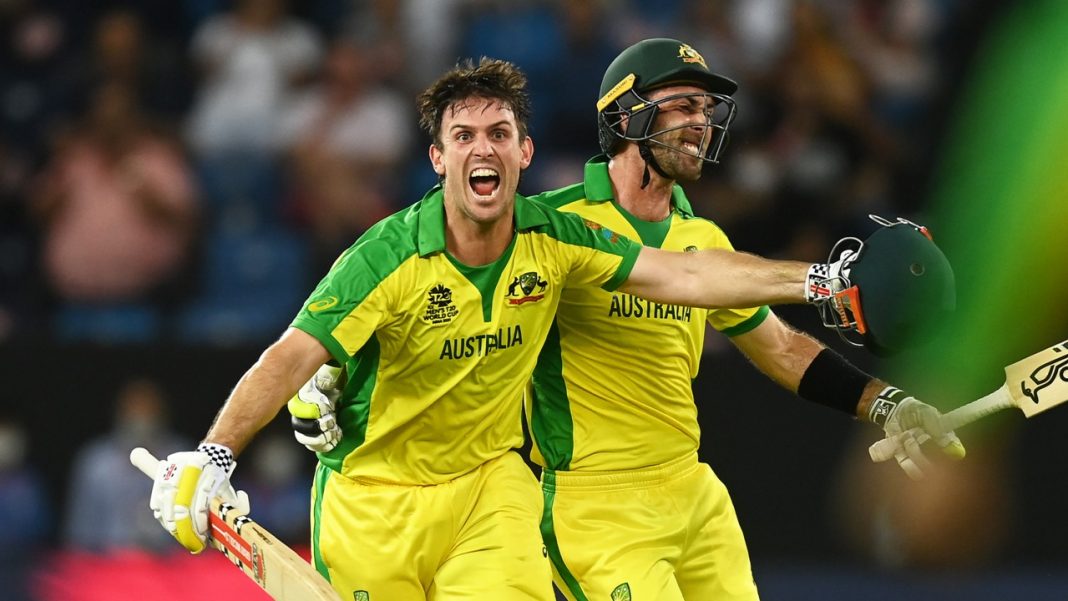 Post Aaron Finch’s retirement there’s been massive speculations on Australia captaincy. Steven Smith, Glenn Maxwell, Mitchell Marsh everyone is the fray. Meanwhile, Australia all-rounder Mitchell Marsh does not want to get bogged down by ODI captaincy conversations following Aaron Finch’s recent retirement from the format, and instead the 30-year-old wants to fix his mind on retaining the ICC T20 World Cup at home in October-November.

While several names are rumoured to be in contention for ODI captaincy — including batting stalwart David Warner, Test captain Pat Cummins, wicketkeeper-batter Alex Carey and former skipper Steve Smith — Marsh too is a strong contender for the post with less than a year to go for the 2023 World Cup in India.

Marsh, though, said all those conversations could happen “down the track” but the immediate goal was the T20 World Cup, scheduled to begin on October 16.

“I need to be very careful what I say here, you know I don’t like headlines,” Marsh told cricket.com.au. “I think there may be conversations down the track.

“But this World Cup is so important to us as a team, and for me personally it’s everything I’ve worked for over the last couple of years. Cricket Australia have a bit of time to make that (captaincy) call over the next few months, and we’ll see where it lands,” added Marsh.

Marsh, who has captained Western Australia, was all praise for Finch, who will lead the side in the T20 World Cup.

“He will be sorely missed in our change rooms over the next few years,” Marsh said of Finch, who retired from ODIs because of poor form after a 146-match career in the 50-over format, averaging 38.89.