T20 World Cup: Shaun Pollock feels if New Zealand win title it will be a fairytale 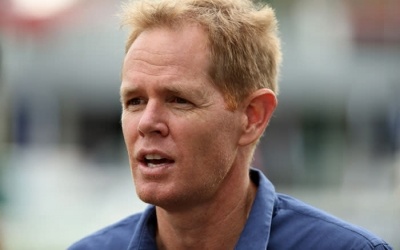 Australia will take on New Zealand in the final of the T20 World Cup 2021 on Sunday at the Dubai International Cricket Stadium. Both the tems have never won a T20I World Cup before and after 7 years the cup will have a new name.

Meanwhile former South Africa skipper and all-rounder Shaun Pollock said that it will be a fairytale if Blackcaps win the title.

“As far as the final goes, it’s a tough one. I think it’s going to be a great contest. I think after the two semifinals, it will really be a nice spectacle to watch. I think if I had to say who I would like to win, I think New Zealand have tried so hard and have been in so many finals and semifinals. I think it would probably be a fairytale for them to win. But it’s going to be a big ask. Australia have really started to find the formula and got time to gel together as a combination. I would think they will go in as favourites.

“But personally, I would be hoping, because of New Zealanders and the way they have gone about their things, they would end on top,” said Pollock while replying to a question from IANS in a virtual interaction organised by the International Cricket Council (ICC) to celebrate his induction into the Hall of Fame.

New Zealand have recently won the World Test Championship title by defeating India in the final and they were runners up of the most dramatic ODI World Cup in 2019.