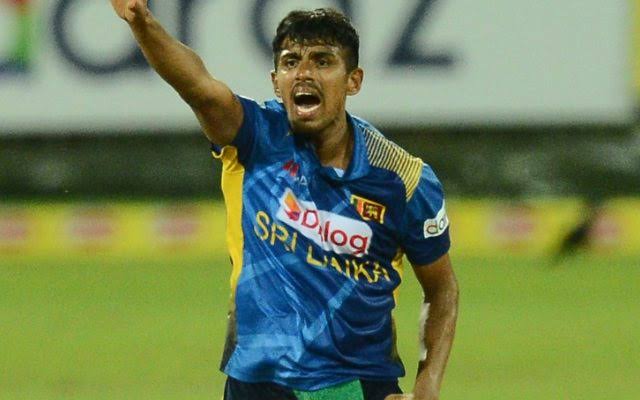 Sri Lanka head coach Mickey Aurthur is confident about the team’s good performance vs Australia. Sri Lanka have been on a winning streak in the tournament right from Round 1 and now face Australia in their second match of Super 12 in Dubai on Thursday.

“For us, it’s just about us improving all the time. And every time we go out and play, I’ve applauded the players in terms of intensity, in terms of skill, in terms of execution. And the players have been outstanding. And we just are improving. For us, it’s about our journey at the moment. It’s not a sprint. Our players are getting better and better. We’ve got one sitting next to me here, that they get better with every outing that they play,” said Arthur in the pre-match press conference on Wednesday.

“So I’m really, really happy. The qualifiers were tough. There was a lot of pressure on us there. Now the pressure is reversed because we come into this space with not much to lose. We’re playing good cricket. We’re very dangerous. The players are very clear on what their roles are, and we’re confident we can beat anybody on our day,” added Arthur.

Aurtur confirmed that mystery spinner Maheesh Theekshana will be available for the clash against Australia.

“He’s a quality bowler. He’s a mystery bowler. He’s still young, though. He’s still making his way in the game. If you haven’t seen Maheesh, he certainly poses some questions. He has a couple of different balls that do make you quite hesitant if you can’t pick them. So, look, it will be an interesting contest tomorrow.”

Sri Lanka defeated Bangladesh in their first match of Super 12s by 5 wickets and are at the second spot in Group 1 points table.

“And we’ve sort of tried to replicate that just a little bit with the Sri Lankan boys. So that’s certainly helped. Conditions aren’t overly different from what we experience in Sri Lanka. So that’s helped our guys as well. And let’s just hope that 15 becomes 16 tomorrow,” signed off Arthur.