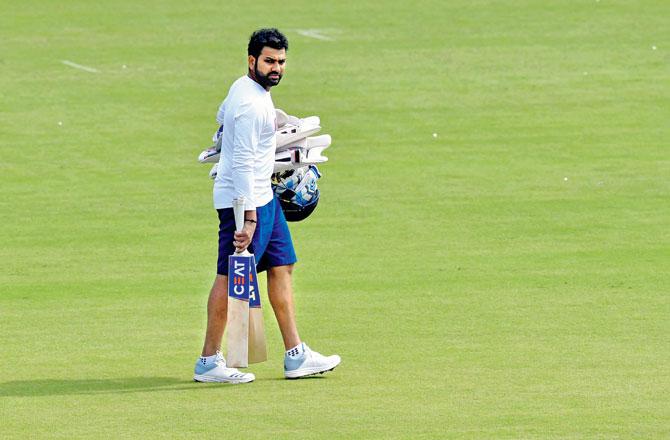 The wait for India’s most awaited match is not much long now as the Rohit Sharma-led Test team has started its practice sessions in England for the 5th and final Test of the series that was halted last year. India’s regular skipper Rohit Sharma on Monday commenced his practice with the Test side during their first training session in their new training base at Leicestershire.

The Indian Test team, which had a couple of training sessions after it arrived in London last week, has now shifted base to Leicestershire ahead of a tour match against the county side from June 24-27 at Grace Road in Leicester.

Board of Control for Cricket in India (BCCI) has posted a video of skipper Rohit Sharma om Instagram. Rohit and his likely opening partner Shubman Gill were seen having a go with the bat in the nets.

“#TeamIndia openers captain @rohitsharma45 and @shubmangill are getting into the groove on Day 1 of our nets session,” wrote the BCCI alongside the video.

Meanwhile, head coach Rahul Dravid, Rishabh Pant and Shreyas Iyer left for England from Bengaluru after participating in the five-match T20I series against South Africa, which ended in a 2-2 draw.