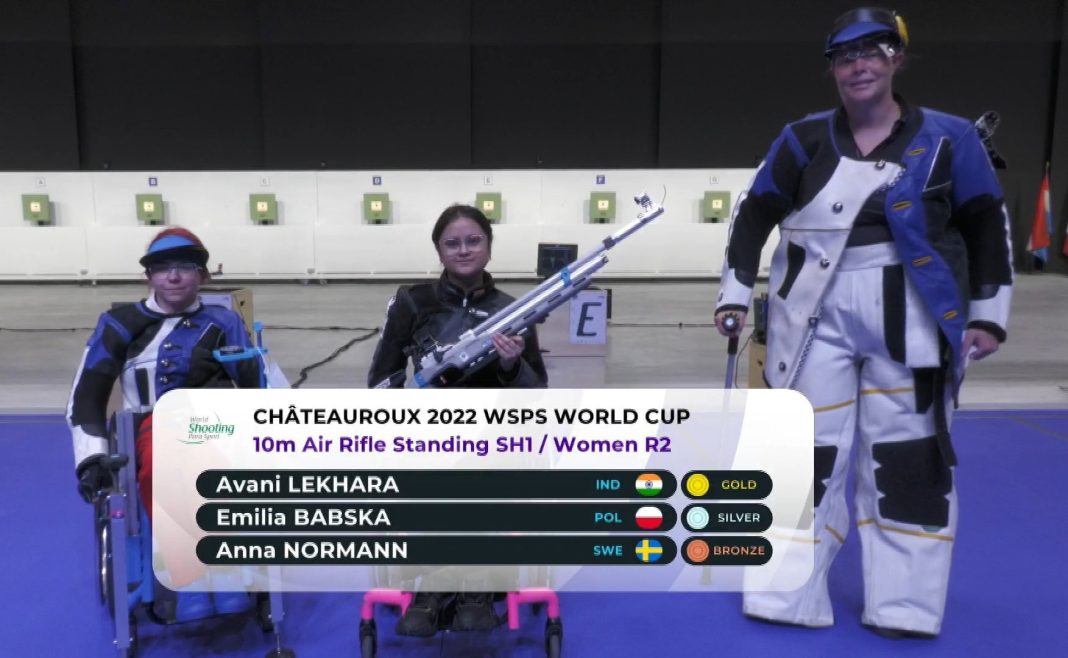 Lekhara’s achievement came after the shooter and her coach were initially denied visas, however, the issue was resolved by the Sports Ministry.

“Proud to bring home the🥇in the R2 10M Air Rifle SH1 event with a WR score & 🇮🇳s 1st #Paris2024 Quota, at the #Chateauroux2022. My 1st Int. event since the @paralympics. A big thank you to everyone who has supported me! @narendramodi @ianuragthakur @ParalympicIndia @Media_SAI,” tweeted Avani Lekhara.

Avani also made a world record by scoring 250.6 in the women 10m air rifle standing SH1.