Support Us
More
More
HomeSPORTSUsman Khawaja to miss his child birth for Pakistan tour
SPORTS
May 8, 2022

Usman Khawaja to miss his child birth for Pakistan tour 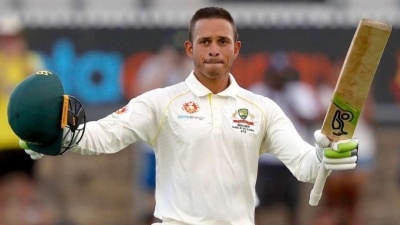 Australia named a full-strength squad for the Test series in Pakistan. Pat Cummins will lead the team and Steven Smith will serve as his deputy.

Meanwhile, batter Usman Khawaja who made an impressive comeback in the recently concluded Ashes has decided to miss the birth of his second child for the tour in Pakistan.

In a video uploaded by Cricket Australia, the veteran said that his wife knows cricket is a priority for him, and he is excited to play in Pakistan.

“She’s very understanding. She knows I love playing cricket, it’s very important to me. She’s very supportive of that, and she knows I try to support her in any way I can. It’s going to take me a lot to come back. It is Test cricket for Australia,” said the 35-year-old.

“I was born there, (Pakistan) so it’ll be a nice, special moment to go over there. I think it will be great for Australian cricket too.”

It will be the first time since 1998 that Australia will tour Pakistan, after the visitors were apparently content with the security measures in place.

Australia and Pakistan will take part in three Tests, as many ODIs and one-off T20I.