Virat and Co. to wear 1992 World Cup Jersey against Australia in ODIs 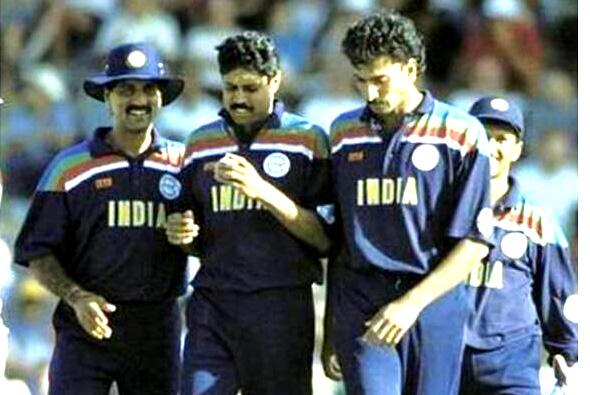 The Indian team will be seen in New Jersey during the Australia series. On Tuesday, three days before the first ODI against Australia, Shikhar Dhawan has put a picture of himself on social media, in which he is seen in Team India’s new jersey.

This New Jersey is darker in color than before. On social media, people are describing it as a jersey of the 1992 World Cup.

In fact, the Board of Control for Cricket in India (BCCI) has announced the e-gaming company MPL Sports to be the new kit sponsor and official business partner of the Indian cricket team.

BCCI has signed a three-year agreement with MPL Sports, which is from November 2020 to December 2023. MPL Sports is beginning this partnership with BCCI for the upcoming Australian tour of India.