Virat Kohli is an aggressive captain and catches every one’s attention: Aaron Finch 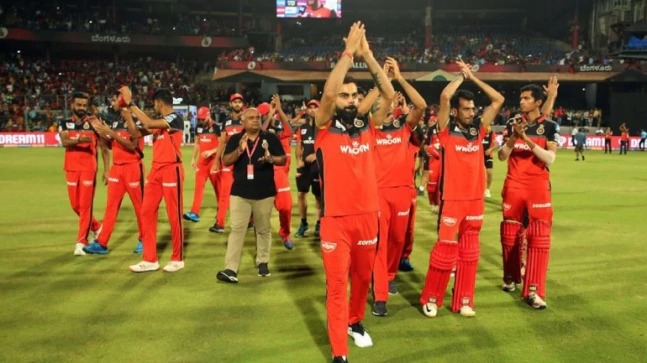 Royal Challengers Bangalore opener Aaron Finch has said that he won’t have to play against the RCB captain Virat Kohli in the Indian Premier League and praised his captain after the side registered a cracking victory against the Sunrisers Hyderabad.

Royal Challengers Bangalore and the Australian star batsman Finch started their campaign on a winning note. The Australian limited-overs captain scored 29 runs in his first game for the Bangalore based franchise.

When Finch was asked about playing along with Virat Kohli, Finch said the Virat’s aggressive captaincy and body language is something that catches the attention very easily at first instance.

“I’ve always had a huge amount of respect for the way that he goes about his game. He’s very aggressive on the field with his captaincy and his body language is fantastic.

“Playing against him is a great challenge because you know you have to be 100% committed and on all the time. And playing with him is great having him in the same team.

“I haven’t played too much against him and but he’s had the better of us whenever I have, so it’s great to have him on my side this time,” Finch said in a press conference.
RCb is the 8th franchise that Finch is playing for which is the most for any player in the history of the IPL.