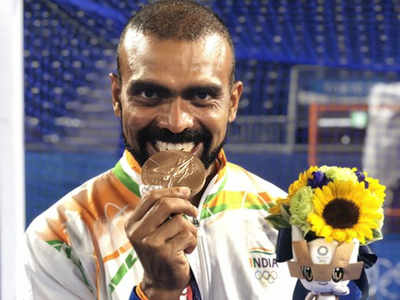 Olympics bronze medalist PR Sreejesh has expressed his joy after being awarded the Major Dhayan Chand Khel Ratna Award and said that he will popularise the sport by taking to school and college level.

The Khel Ratna is the highest sports honour conferred by the Indian government and is given for outstanding performances.

“I wish I am able to take hockey to schools and if the Hockey India League (HIL) is revived, it could open numerous opportunities for youngsters,” said the goalkeeping stalwart.

Sreejesh is a former captain of the national side and has recently been promoted to the rank of director in the Kerala Education department.