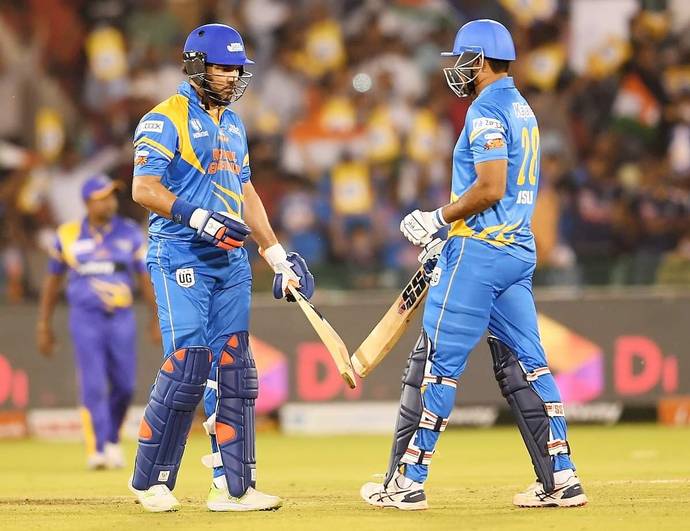 India has defeated Sri Lanka once again in the finals after 10 years of the 2011 World Cup saga. But this time it’s not the regular Indian team it’s India Legends and Sri Lanka Legends.

The two Asian teams were playing the finals of the Road Safety World Series where India Legends batted first and set a target of 182 runs in front of the opposition.

Team led by Sachin Tendulkar was on the attack mode since the first ball, after loosing the wicket of captain Sachin early Yuvraj Singh and Yusuf Phatan led the charge of the team and scored half-centuries. Yuvraj was seen in his old veteran form and he was smashing sixes like he use to do in his time.

Talking about the bowling side, Irfan Pathan and Yususf Phatan picked up 2-2 wickets and led the charge. Yusuf Pathan was also the player of the match for his excellence with both bat and ball.