Support Us
More
More
HomeSPORTSZinedine Zidane reveals reason for his exit from Real Madrid
SPORTS
May 31, 2021

Zinedine Zidane reveals reason for his exit from Real Madrid 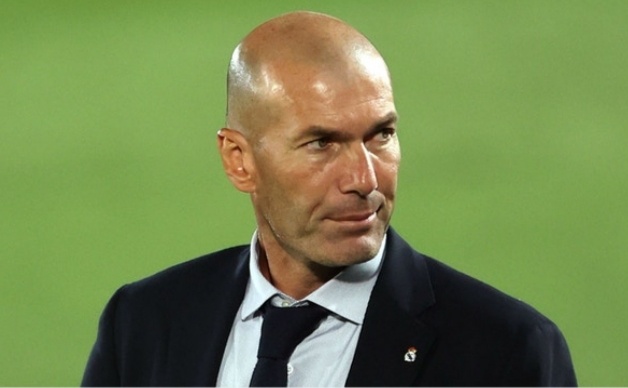 Former Real Madrid manager Zinedine Zidane has written an open letter explaining why he decided to step down as the club’s manager.

It was announced last week that Zidane would no longer be Real Madrid’s manager after discussing his future with club president Florentino Perez.

The Frenchman has listed down his frustrations and his disappointments on how the season panned out while suggesting that all was not well between him and president Florentino Perez.

Here are the key takeaways from the Zidane Open letter and why did Zidane leave Real Madrid:

“For more than 20 years, from the first day I arrived in Madrid and wore the white shirt, you’ve shown me your love. I’ve always felt that there was something special between us. “I have now decided to leave and I want to properly explain the reasons. I’m going, but I’m not jumping overboard, nor am I tired of coaching.”

“In May 2018 I left because after two and a half years, with so many victories and so many trophies, I felt the team needed a new approach to stay at the very highest level. Right now, things are different. I’m leaving because I feel the club no longer has the faith in me I need, nor the support to build something in the medium or long term.”

Disappointment over leaked messages in media:

He added to express disappointment over the leaked messages in the media questioning his future when the club struggled for form earlier in the campaign.

“It hurt me and the whole team because these deliberately leaked messages to the media negatively influenced the squad, they created doubts and misunderstandings,” he added.

“I’m not the best coach in the world, but I’m able to give everyone, whether it’s a player, a member of the coaching staff, the strength and confidence they need in their job.”

Zidane termed his 20-year stay at Madrid “the most beautiful thing that’s happened” in his life and that he would “always be grateful” to Real president Florentino Perez, who “backed me in 2001, he fought to get me, to bring me here when some people were against it. I say it from the heart when I say that I will always be grateful to the ‘presi’ for that. Always.”

“I want there to be respect for what we have achieved together. I would have liked my relationship with the club and the president over the past few months to have been a little different to that of other coaches,” Zidane added.

“I wasn’t asking for privileges, of course not, just a little more recollection. These days the life of a coach in the dugout at a big club is two seasons, little more.

Who will be next Real Madrid managermanager:

After Zidane’s exit and a trophyless season, Real Madrid president Florentino Perez has to make a big call with his next managerial hire. Antonio Conte, who parted ways with Inter Milan following their Serie A triumph, is amongst the many considered by Los Blancos, along with incumbent PSG boss Mauricio Pochettino.

Club legend Raul is also being considered, who is currently in charge of the reserve team. Germany head coach Joachim Low, who will step down after the Euros is also linked to the job, so is former player Xabi Alonso, who led Real Sociedad B to promotion to the Spanish second division for the first time in 59 years. The next Real Madrid manager appointment is set to be a very interesting one.