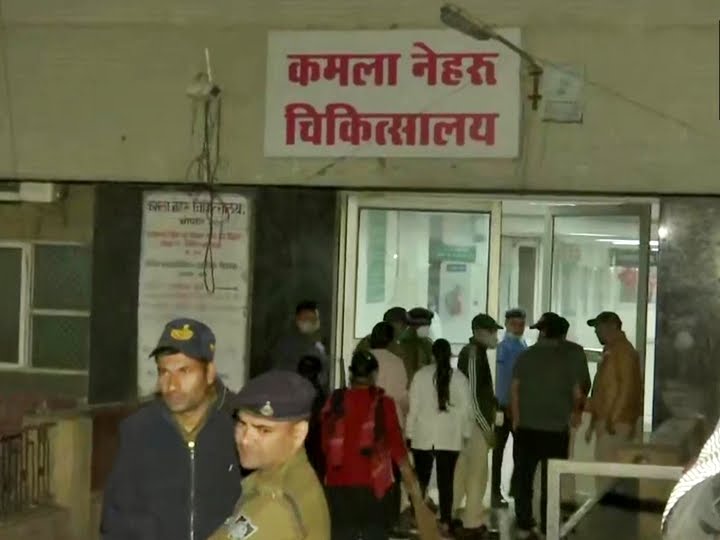 The fire broke out at around 9 pm and 8 to 10 fire tenders were rushed to the spot to douse the flames, PTI reported Fatehgarh Fire Station in-charge Juber Khan as saying.

According to an official, the blaze started on the third floor of the hospital, which houses the ICU.

Earlier, CM Shivraj Singh Chouhan tweeted that three children died at the children’s ward of Kamla Nehru Hospital in Bhopal following an incident of fire. The CM has also ordered a high-level enquiry into the incident.

Shivraj Singh Chouhan said it was unfortunate to lose three children, who were already serious and admitted at the critical ward of the hospital.

Former Madhya Pradesh Chief Minister Kamal Nath said in a tweet, “The incident of fire in the children’s ward of Kamala Nehru Hospital in Bhopal is very sad. The government should make all necessary arrangements for rescue and relief work. After this tragic incident, the families of the admitted children are suffering.”

“The government should make proper arrangements for the treatment of admitted children in other hospitals. Praying to God that all the children are safe. There should be a high-level inquiry into this whole incident, strict action should be taken against the culprits responsible,” he added.

In a tweet, state BJP president Vishnu Dutt Sharma also expressed grief over the incident. He said he was praying for the speedy recovery of those injured.

“We have no information of our children, it’s been 3-4 hours,” parents who are waiting outside the Kamla Nehru Hospital told news agency ANI. Fire brigade reached the spot and rescue operations are underway.

Meanwhile, PTI reported Fatehgarh Fire Station in-charge Juber Khan as saying that a short-circuit may have caused the blaze.

(With Inputs From Agencies)