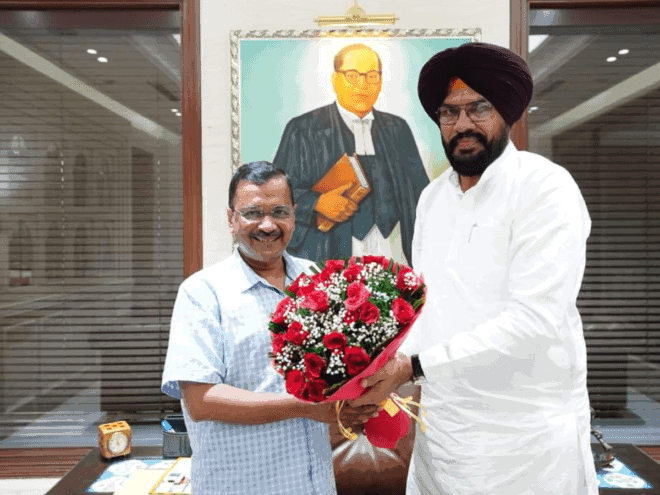 To stop stubble burning, the governments of Punjab and Delhi have teamed up. As a pilot experime nt, the government would spray Pusa bio-decomposer over 5,000 acres of land in Punjab to manage straw in fields.

According to Dhaliwal, farmers would not need to burn stubble because it would be combined with soil after being sprayed with Pusa bio-decomposer.

He claimed that the Punjab government had provided farmers with a variety of equipment that was subsidized to reduce pollution from paddy stubble. In all districts, he continued, awareness campaigns and monitoring teams had been established.

He criticized the Union government for rejecting the idea of paying farmers a monetary incentive for not burning stubble. The state government had planned to provide paddy producers Rs 2,500 per acre, implying that the Center would pay Rs 1,500 per acre while Rs 1,000 per acre would be paid by the Punjab and Delhi governments, according to Dhaliwal, who called the move anti-farmer and anti-Punjab.

He said an awareness drive by officials of rural development and panchayat, Punjab Pollution Control Board, and other departments would be launched in the rural belt of Punjab to persuade farmers to manage stubble.

Dhaliwal urged farmers to show support to the two governments for a pollution-free environment.