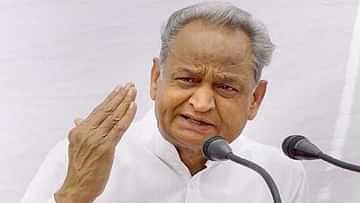 In the midst of the ongoing Rajiv Gandhi Rural Olympic Games in Rajasthan, Chief Minister Ashok Gehlot said that the state has immense potential for the development of sports talent. He said that there is no age to play. Therefore, there is no age limit in the Rural Olympic Games. Grandparents are also playing in the field. Due to this a new sports culture is being created in the state. While addressing the closing ceremony of block level Rajiv Gandhi Rural Olympic Games at Pala village of Kumher in Bharatpur district on Thursday, Gehlot said that the state government is committed to provide new sports stadiums, resources and other sports facilities to the players in the state.

He said that talent is being discovered right now through Rajiv Gandhi Rural Olympic Games. Further, it is our responsibility to provide high level training from experienced sports coaches and to create the best sports environment.

CM Gehlot said that 30 lakh players have registered in the Rural Olympics. Of these, there are about 10 lakh women players. This number is historic in the direction of girl child promotion in the state. He said that exemplary initiative has been taken by the state government in girl child education. He said that the honor amount for the international medal winners has been increased manifold by the state government.