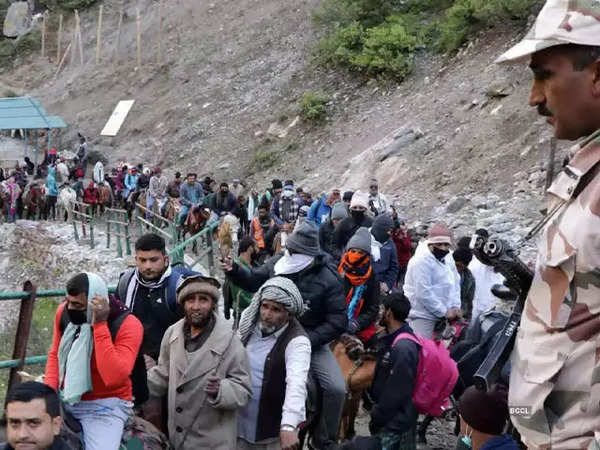 ‘Char Dham Yatra’ which was halted due to incessant rain in the region, will resume from Wednesday, informed State Police. After attending a review meeting with the states Chief Minister Pushkar Singh Dhami on Tuesday in Nainital, Director-General of Police, Ashok Kumar told ANI, “Garhwal is almost under control, even theYatrahas been started there. Leaving the last stretch of Badrinath i.e., Joshimath to Badrinath has been opened andChar Dham Yatra` will completely revive tomorrow.”

The pilgrimage was suspended for three days, from October 17 to 19, amid warnings of heavy to very rainfall in the hill state during this period.

On the issue of casualties, DGP informed, “about 40 casualties so far with about 25 from Nainital have been reported in the state.”

“The highest effect of rain has been witnessed in the Kumaon areas of the state, which include Nainital, Haldwani, Udham Singh Nagar, Champawat,” DGP added.

“Water level has reduced in Kumaon, but routes have not been opened yet, will take time,” said the DGP. He further added that, “Police, SDRF, NDRF teams are working on relief operations, thousands of people have been evacuated.”