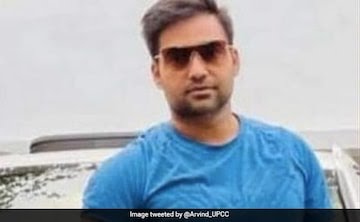 For the murder of a 19-year-old woman who worked as a receptionist at a resort he owns near Rishikesh in the Pauri region of Uttarakhand, Pulkit Arya, a senior BJP leader’s son has been detained. The family had reported her missing on Monday, but police claimed it eventually came out that he and two staff members had killed her. They two have also been detained.

Because Pulkit Arya was not cooperating with the investigation, the woman’s relatives had already begun to suspect his involvement.

According to news agency ANI, the body was pulled from a canal, and her family members were contacted to help with identification. Amidst accusations of inaction “because the accused’s father belongs to the state’s ruling parties BJP and RSS,” police are looking into the reason.

Fingers were pointed at Pulkit Arya by the police after the news broke yesterday and quickly spread on social media. Vinod Arya, Pulkit’s father, is a state minister without a position in the cabinet. Vinod Arya previously held the position of a minister while continuing to lead the Uttarakhand Mati Kala Board, a government agency dedicated to promoting pottery. Ankit Arya, the brother of Pulkit, is also a BJP leader.

State police chief Ashok Kumar sought to explain: “The area where this resort, Vanantra, is located doesn’t fall under regular police. We have a system of patwari (land revenue official) registering FIRs in such areas. He did register a ‘missing person’ FIR, filed by the resort owner himself.” The resort is about 10 km from the main town of Rishikesh. Plastic manufacturers without disposal plan to be banned in Uttarakhand