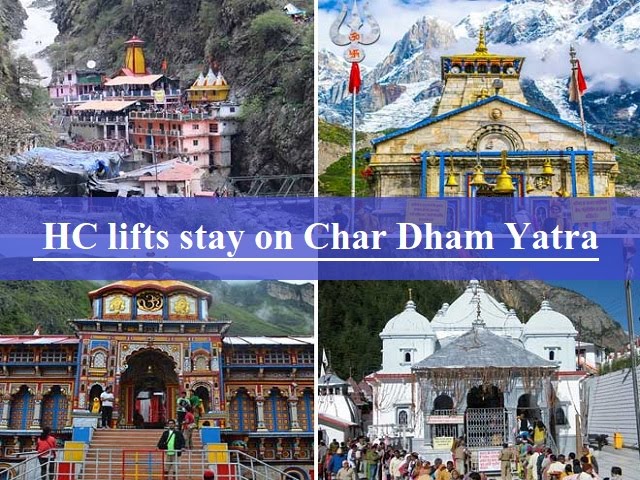 The Uttarakhand High Court on Thursday allowed the resumption of the Chardham Yatra, nearly three months after it imposed a stay on the pilgrimage, The Times of India reported.

The Uttarakhand government, together with a group of businesses, had approached the court to allow the pilgrimage to resume. On June 28, the High Court ruled that the pilgrimage could not take place.

Only fully vaccinated devotees carrying a Covid-19 negative report will be allowed to visit the Holy Shrines. The pilgrims are restricted from taking baths in any of the springs around the temples.

Police force will be deployed as per requirements during the Char Dham Yatra in Chamoli, Rudraprayag and Uttarkashi districts.

The court order comes as a big relief to the state government which was under pressure from various quarters to start the pilgrimage with which the livelihoods of lakhs of people including travel agents and pilgrimage priests are linked.

Kedarnath, Badrinath, Yamunotri, and Gangotri shrines are collectively called Chardham and tens of thousands of pilgrims visit them annually. The pilgrimage begins from Yamunotri in the west. It then proceeds to Gangotri and finally to Kedarnath and Badrinath in the east.

According to Chardham Devasthanam Management Board officials, last year 310,000 pilgrims went for the Chardham yatra.