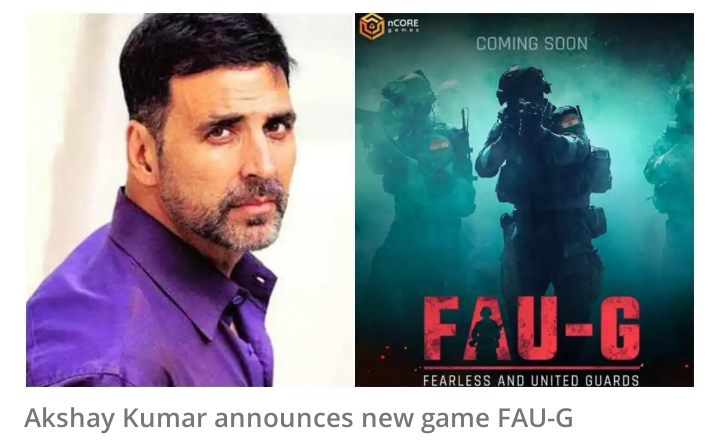 PUBG Mobile and PUBG light are being taken down from the Google Play store as India banned 118 china-linked applications on Wednesday after a continuous tension at the India-China border.

The actor said that not only will FAU-G support Prime Minister Narendra Modi’s vision of Aatmanirbhar Bharat but also help the family of martyrs.

Twenty per cent of the game’s net proceeds will be donated to the ‘Bharat Ke Veer Trust’ set up by the Ministry of Home Affairs.

FAU-G is the brainchild of nCore Games, a mobile games publisher advised an invested in by veteran tech entrepreneur Vishal Gondal.

His previous track record includes Indiagames, which he sold to Disney in 2007 and fitness band/service company GOQii.

PTI reports that FAU-G is likely to be launched by the end of October and will be based on real-life conflicts encountered by the Indian security forces.

The first level of the game is set in the Galwan area of eastern Ladakh, where Indian and Chinese troops were engaged in a violent face-off in June. Twenty Indian soldiers died in the clash.