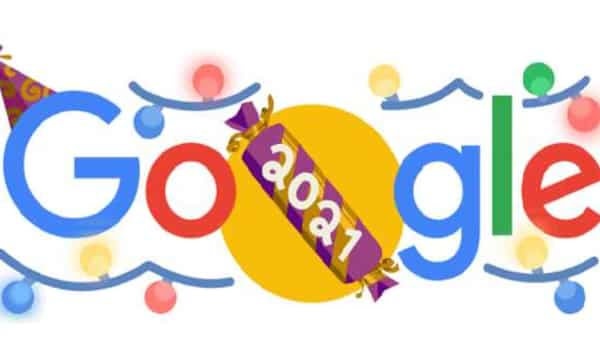 On New Year’s Eve 2021, Google is displaying a celebratory doodle to prepare for the next year, 2022. The doodle has lots of candies, confetti and jacklights. The doodle went live on Google’s homepage across different regions. It was live as soon as it was 12 am on Thursday to show December 31.

The Google New Year eve doodle has got a giant candy, captioned ‘2021.’ The other letters of the word ‘Google’ are colourfully decorated.

Another fun surprise is the search result for ‘New year’s Eve’. There is a party horn on the right-hand side of the search results. When you click on it, the horn blows and throws confetti.

Google has marked several occasions in the last year with fun, elaborate doodles. It featured interactive games like the ‘Doodle Champion Island Games’ to honour Tokyo Olympics and a pizza-cutting test on December 8.

It has also given a tribute to several noted celebrities like the Swedish DJ Avicii and Tamil actor Sivaji Ganesan and scientists like Indian cell biologist Dr. Kamal Ranadive and soft contact lens inventor Otto Wichterle.