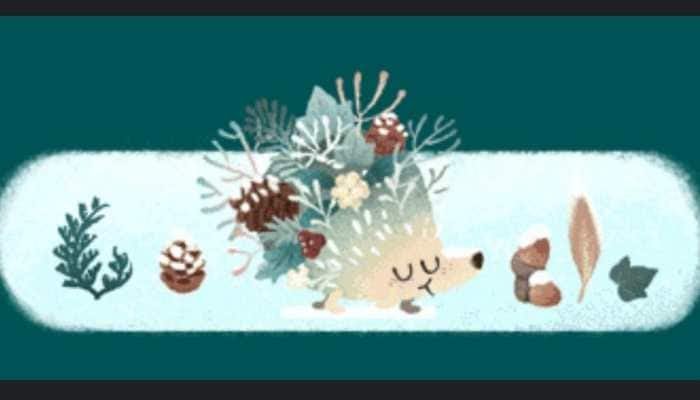 As temperatures dip in various parts of India and the world, Google marked the beginning of winter on Tuesday with an animated doodle featured a hedgehog in the snow.

December 21, also the Winter Solstice, marks the beginning of the season. The winter season begins in the northern hemisphere today and will last till 20 March, 2022.

Apparently, this causes the day to have the shortest period of daylight due to being away from the sun, with the longest night of the year.

Notably, today’s Google Doodle is similar to the one which was tweeted by the company on June 21 with the caption: “As the Earth tilts on its axis, many across the Southern Hemisphere prepare to chill out for the next few months… Happy first day of Winter! #GoogleDoodle.”

The winter solstice is also called hiemal solstice, hibernal solstice and brumal solstice when Earth’s north pole reaches maximum tilt away from the sun. The day also marks the beginning of Christmas week.

The day is of great significance to Indians, East Asian Iranians, Judaics and most importantly Christians. It is to mention that many of the Christmas traditions came from pre-christian pagan ones that were adapted to new mythologies.

This day is marked once every year on either December 21 or 22 mostly in countries witnessing the winter season, like UK, US, India, Russia, China and Canada.