iPhone 14 Pro: Apple has officially published the iOS 16.3 update for iPhones, which includes a slew of new features. The update has been in beta for some time and fixes several significant issues on iPhones. The update also includes compatibility for the new HomePod 2nd Gen, as well as a new version for Apple Watch. The latest iPadOS 16.3 update is also available for iPads. Apple has already released the latest patch, and you can check for it in the Settings app.

The new update for iPhone users includes a few new features, such as support for Security Keys for Apple ID. The HomePod 2nd Generation is now supported as well. Aside from that, all iPhone users will receive a new Unity wallpaper, which will also be accessible on the Apple Watch as part of the watchOS 9.3 upgrade.

Furthermore, one of the most vexing issues with unintentional SOS calls has been resolved. You may now engage the Emergency SOS call by pressing and holding the power and volume keys together, and then releasing the buttons to activate the emergency calls.

Aside from that, the iOS 16. 3 update includes a few fixes and improvements. This update addresses the concerning issue of horizontal lines on the iPhone 14 Pro Max. A issue in the Freeform app that prevented strokes generated with a finger or Apple Pencil from appearing on shared boards has also been rectified. This latest patch also addresses a black wallpaper problem. Siri not responding properly to music requests has also been resolved, as have Siri difficulties in CarPlay.

Here’s what you need to do to check for the new update patch. Navigate to Settings and then General. Under this section, head over to Software Update and check for the latest update package to appear. Once available, tap on Download and Install, and enter your Passcode to authenticate. The process is applicable on both iPhones and iPads.

Also Read: Jeep to launch a new SUV in the Indian market? The car may compete with Hyundai Creta, What we know so far 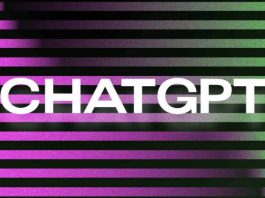 What are some easy ways to earn money from ChatGPt? The...