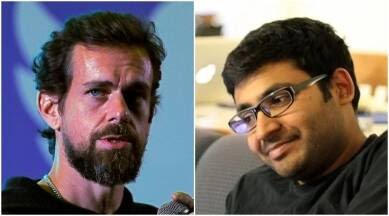 Twitter co-founder and chief executive officer Jack Dorsey on November 29 stepped down from his position, ending his 16-year stint with the social media giant.

The company’s Board has unanimously appointed Twitter’s chief technology officer Parag Agrawal as his successor.

“Deep gratitude for Jack and our entire team, and so much excitement for the future,” Agrawal, an IIT-Bombay alumnus, said in a tweet along with a note.

“The world is watching us right now, even more than they have before. Lots of people are going to have lots of different views and opinions about today’s news. It is because they care about Twitter and our future, and it’s a signal that the work we do here matters,” Agrawal wrote.

Tesla chief Musk has an interesting take on Agarwal’s appointment as the new Twitter CEO. He said that US benefits greatly from Indian talent and we couldn’t agree more.
ADVERTISING

Twitter’s stock, which has consistently underperformed the market, jumped more than 10% at the opening bell Monday before trading was halted pending news.

Dorsey is also the top executive at Square, a financial payments company that he founded, and some big investors have openly questioned whether he can be effective leading both.

Last year, the company came to an agreement with two of those activist investors that kept Dorsey in the top job and gave a seat on the company board to Elliott Management Corp., which owned about 4% of Twitter’s stock, and another to Silver Lake.