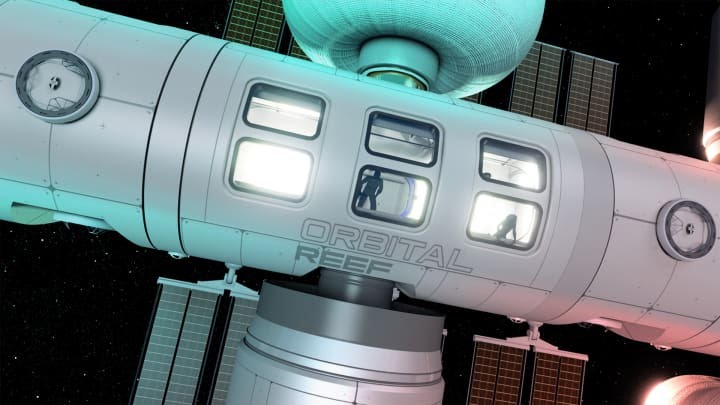 Jeff Bezos’ Blue Origin on Monday announced it wants to launch a space station that will house up to 10 people in the second half of the decade, as the race to commercialise the cosmos heats up.

“Orbital Reef,” described in a press statement as a mixed-use business park in space that will support microgravity research and manufacturing, is a joint venture with commercial space company Sierra Space and has the support of Boeing and Arizona State University.

“For over sixty years, NASA and other space agencies have developed orbital space flight and space habitation, setting us up for commercial business to take off in this decade,” said Blue Origin executive Brent Sherwood.

Blue Origin said the 32,000 sq ft station would provide customers with an ideal location for “film-making in microgravity” or “conducting cutting-edge research” and said it would also include a “space hotel”.

At a press conference to launch the initiative, executives from Blue Origin and Sierra Space declined to give an estimate of the building costs, though the project seems assured of heavy funding from Mr Bezos, who has committed to spending $1bn (£726m) a year on Blue Origin.

The announcement comes as Nasa searches for proposals to replace the 20-year-old International Space Station (ISS). While funding for the station has been guaranteed until at least 2030, the outpost is in desperate need of repairs.

In a conference call with reporters, executives representing the companies of the team declined to specify how much each expect to invest in Orbital Reef.

Blue Origin vice president Brent Sherwood said the team is not going to give “a specific number” on how much the Orbital Reef space station will cost, adding that the financial numbers are commercially sensitive.