Support Us
More
More
HomeTECHMotorola to launch a smartphone where selfie camera will be inside display
TECH
December 2, 2021

During the last few years, many changes have been seen regarding the smartphone display 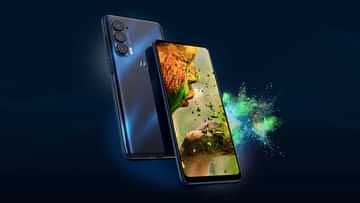 During the last few years, many changes have been seen regarding the smartphone display. While notch and punch hole displays have been seen in recent years, in the same way, curved edges have also started appearing in many premium phones. Now many phone makers are trying to fit the selfie camera inside the display. In this the first successful attempt has been made by ZTE Axon 20 and then Galaxy Z Fold 3. Now Motorola is going to prepare such technology for its phone. This phone can knock in December.

Brands like Samsung, Xiaomi, Oppo are also working on similar technology, which was indicated by tipster @UniverseIce by tweeting and he said that some phones may also be seen with this technology this year. However, the company has not given any official information yet.

In the beginning of November, it was revealed that work is going on on Realme first under-display camera phone. Now it is being said about Motorola that after Moto G 200 and Moto Edge X30, the company can present the third device with an under display camera. The Gizchina report, citing the Tipster digital chat station, states that the company will soon launch the third phone after the other two phones, which has an under-display camera. Earlier, the company has introduced Moto G 200 and Moto Edge X30. The new smartphone can be seen soon.

At present, waterdrop notch and punch-hole display is the trend, but phone users have been waiting for a long time for such a mobile phone, whose selfie camera is not fitted on the screen but inside the display and it is not visible above. It will look exactly like a phone with a popup selfie camera.

Although this technology has only been seen in premium phones, including the Galaxy Fold 3, ZTE mobiles are not available in India. Now with Motorola coming to this segment, this technology can also knock in the affordable mobile segment.