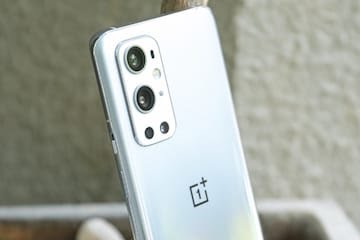 If you are planning to buy a new smartphone then OnePlus has brought a good opportunity for you. The official website of OnePlus has revealed that the 8th anniversary sale of OnePlus is going on. In the sale, customers are being made available on the company’s smartphone at a very good price. Talking about the best offer, then the customer can buy OnePlus 9 Pro at a good discount. This phone is being made available at an initial price of Rs 54,999.

An instant discount of Rs 5,000 is being given on this phone, which can be found under ICICI Bank. OnePlus 9 Pro comes in two storage variants, which is 8GB RAM + 128GB storage and 12GB + RAM 256GB storage.

OnePlus 9 Pro has a 6.7-inch QHD + AMOLED display, which has a resolution of 1440×3216 pixels. The phone works on Oxygen OS 11 based on the Android 11 operating system. This phone is equipped with Octa-core Snapdragon 888 processor. This phone has been made available in Carbon Black and Lake Blue color options. The display is paired with LTPO technology which enables the Smart 120Hz feature.

For power, OnePlus 9 Pro has a battery of 4500 mAh, which supports 65T Warp Charge and Warp Charge 50W fast charging. For connectivity, features like Wi-Fi 6, 5G, 4G LTE, Bluetooth version 5.2, GPS, A-GPS and USB Type-C port have been provided in this phone.