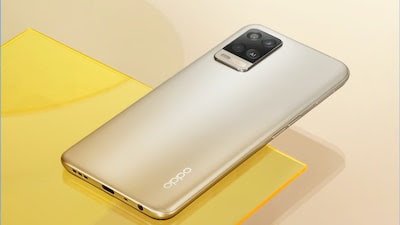 Oppo is getting up for the launch of a new A-series smartphone. The company will unveil the Oppo A54s in international markets later this year. Oppo is yet to announce the official launch details of the device at the moment. Meanwhile, MySmartPrice has received the pricing details of the upcoming Oppo smartphone ahead of its launch.

The specifications of Oppo A54s are likely to be an upgrade to the Oppo A54 that was launched earlier this year. Oppo A54 was unveiled with a MediaTek Helio P35 SoC under the hood.

The handset features a triple camera setup at the back with a 13-megapixel primary sensor and a 16-megapixel selfie camera. The A54s will be powered by MediaTek’s Helio G35 chipset with 4GB of RAM and 128GB of internal storage. The handset is available in Crystal Black, Moonlight Gold, and Starry Blue colour options.

The battery information of the Oppo A54s is not available right now, but the report did say the phone will come in Pearl Blue and Crystal Black colours. This means the one in render is the former variant.

The report says the price of the handset is expected to be around Rs. 15,000. However, Oppo has not officially revealed any details about the Oppo A54s, so this information should be taken with a pinch of salt.