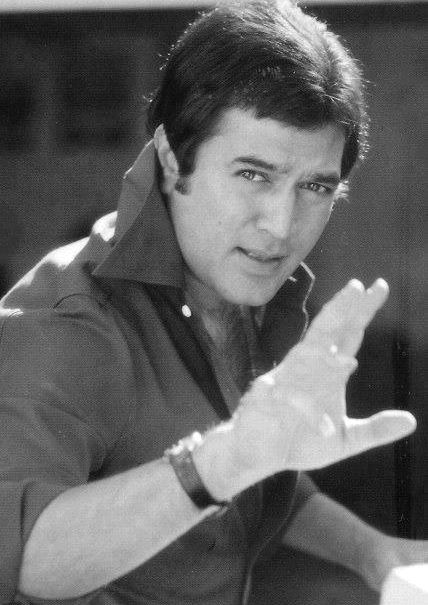 Bollywood actor Rajesh Khanna is considered by many as the first superstar of Indian cinema.

His success in films like Namak Haraam, Anand, Amar Prem, Aradhana, Kati Patang, Daag, Anurodh and Safar, among others made him a force to be reckoned with, and his legacy is still cherished by fans of Hindi cinema.

During his career, the late actor appeared in more than 168 feature films and 12 short films.

Notably, he received many accolades including the Filmfare Best Actor Award three times and the BFJA Awards for Best Actor (Hindi) four times. In 1991, he was awarded the Filmfare Special Award for completing 26 years in the Hindi cinema.

Rajesh Khanna was in a serious relationship with actress Anju Mahendru and he dated her for around seven years. After this, they broke up because Mahendru was not ready for marriage.

Rajesh Khanna tied the knot with Dimple Kapadia 8 months before her debut film Bobby was released. She was a huge fan of Rajesh and was a budding actress at that time when she got married to Rajesh.

we take a look at five of his hit songs which keep the spirit of Khanna alive in our hearts.

Mere Sapnon Ki Rani from the film Aradhana will forever be associated with the spirit of Darjeeling. It celebrates the beauty of the hills in addition to the carpe diem notion of romance. Anand Bakshi wrote the lyrics for this Sachin Dev Burman composition.

This immortal song from the film Safar deals with a terminal cancer patient (Khanna) and his ruminations about life and mortality. The song also features Sharmila, who plays the film’s lead protagonist. Kishore Kumar sang the song, penned by lyricist Indeevar and composed by Kalyanji-Anandji duo.

It is impossible to think of Khanna without the dreamy lyrics of this song from the film Kati Patang, sung by Kishore Kumar. This Rahul Dev Burman composition, with lyrics by Anand Bakshi, became a sensation during the soundtrack’s original release. The song still feels as swoon-worthy as it did four decades ago.

Like Safar, Khanna’s character, Anand, in this film once again suffers from terminal cancer. The song is about Anand’s meditations on the transience of life. The poignant song, by lyricist Yogesh, was sung by Mukesh and composed by Salil Chowdhury.

Hathi Mere Sathi is one of the best children’s films from India, featuring animals. The song deals with Khanna’s character Raju, a zookeeper, as he breaks down after his favourite elephant, Ramu, is killed. The song sung by Mohammad Rafi is written by Anand Bakshi and composed by Laxmikant Pyarelal.

Anil Kapoor receives a second dose of the COVID-19 vaccine

Rajnikanth opts out of joining politics