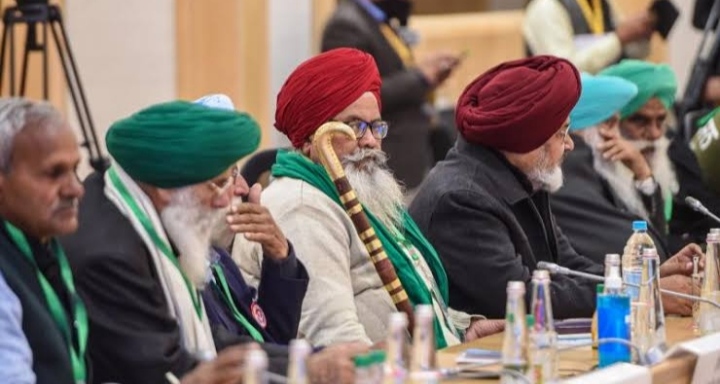 Even the 7th round of talks between the Center and the farmers failed to yield any result. After meeting for about 4 hours in Vigyan Bhawan, the farmers said that we have put the matter of withdrawal of agricultural laws in front of the center. After the meeting, the farmer leader Rakesh Tikait said – if the law does not return, it is not homecoming.

There was no consensus between the farmers and the Center on the issue of legalizing MSP in Monday’s meeting. However, the government and farmers have agreed to hold talks again on 8 January. After the meeting, Rakesh Tikait said, “Even in the conversation on January 8, our issue will be the withdrawal of the MSP and the laws.”

The seventh round of negotiations between the farmers and the government, which have been protesting against the three agricultural laws of the central government on various borders of Delhi for more than a month, has ended. In today’s meeting, the farmers were adamant only to demand the withdrawal of the law.

The government says that with the introduction of these laws, the role of middleman will end and farmers will be able to sell their produce anywhere in the country. On the other hand, the protesting peasant organizations say that these laws will eliminate the security cover of the MSP and the mandis will also be dismantled and farming will go into the hands of big corporate groups.

In the 7th round of talks between the farmers and the Center, the government can introduce a formula to find out the middle path. The government is considering the option of giving written support to the MSP. Apart from this, on the issue of repeal of the three laws, the government can propose to form a committee for review and more representation can be given to the farmers’ organizations in this committee.