Around 1,800 migratory birds, most of them bar-headed geese, have been found dead in the lake sanctuary so far. ﻿ 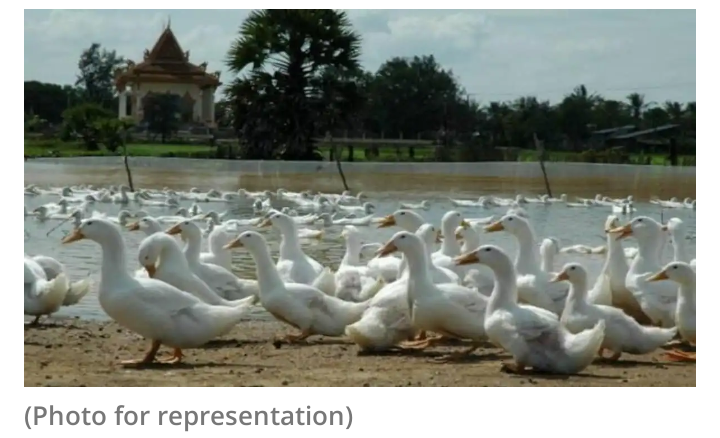 Two districts in Kerala, Alappuzha and Kottayam, have been put on high alert after bird flu cases have been confirmed in ducks, said state animal husbandry minister K Raju. He said at least 50,000 ducks will be culled to check the spread of the virus and the government will compensate farmers.

Local farmers observed mass dying in duck swarms from December 19, reports said. The peak Christmas season passed without much trouble but later saw distress cases wherein a farmer lost as many as 7,000 birds. Samples were initially sent to the College of Veterinary and Animal Sciences in Thrissur.

Bird flu virus has been detected in Madhya Pradesh’s Indore, Rajasthan, and now Himachal Pradesh too.

Five of eight samples airlifted to the National Institute of High Security Animal Diseases (NIHSAD), Bhopal, tested positive for the bird flu virus, the Minister said, adding that the infection has not been reported in human beings so far.

Culling of ducks in the infected regions will be undertaken as per Central government guidelines. Disease surveillance and disinfection will be carried out in a time-bound manner, Mr. Raju said.

The Kerala minister has called a meeting tomorrow (Tuesday) to coordinate steps to contain the outbreak, official sources said.

Meanwhile, the migratory birds found dead at Pong Dam Lake in Himachal Pradesh’s Kangra district have tested positive for bird flu, according to officials — the fourth state to report cases of the dreaded avian influenza in recent days.

Around 1,800 migratory birds, most of them bar-headed geese, have been found dead in the lake sanctuary so far.