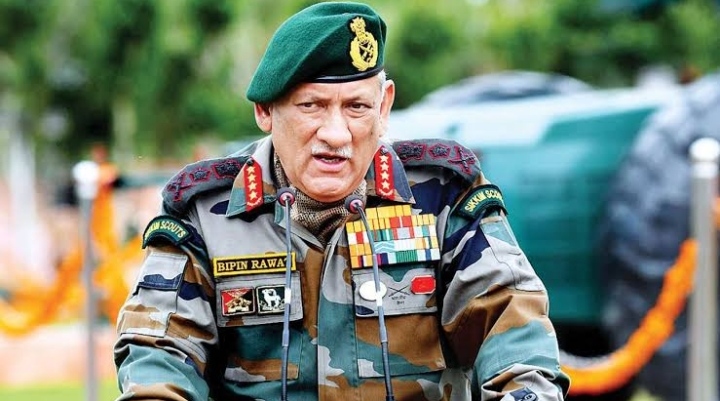 CDS General Bipin Rawat visited various air force bases in the forward areas near the Line of Actual Control in Arunachal Pradesh and Assam to assess the security situation in the western region of India.

General Bipin Rawat, who arrived in the Northeast after completing one year as the country’s first CDS. He also reached the Dibang Valley and Lohit sector of Arunachal Pradesh. These areas can be reached only by helicopters and planes. He also met Army, Air Force, ITBP and other soldiers during his tour.

CDS General Bipin Rawat said, “Seeing the high spirits of the soldiers, it is sure that those who compete with the Indian Army will be ruined.” He also praised the measures being taken by the army personnel for vigilance and surveillance to deal with any daring of China on the Tibet border.

Praising the soldiers living in extremely difficult conditions, General Bipin Rawat said, ‘Only the soldiers of India in the world can dutifully do duty under such difficult conditions. They are always ready to go to any extent to protect the country’s borders. He said that no power can stop the Indian armed forces from performing their responsibility.

After the year 1967, 20 Indian soldiers were killed in a fierce skirmish in the strategic Galvan Valley in June 2020. In this skirmish, Chinese soldiers also suffered double the number of casualties. Since then, border tension between India and China has increased. Currently, the armies of both countries are standing on the LAC. Foreign Minister S.K. Jaishankar had said that our relations with China are in the most difficult phase at this time. He also said that never in the last 30-40 years have relations between the two countries been so bad. Chinese troops’ aggression on the LAC will only worsen relations.