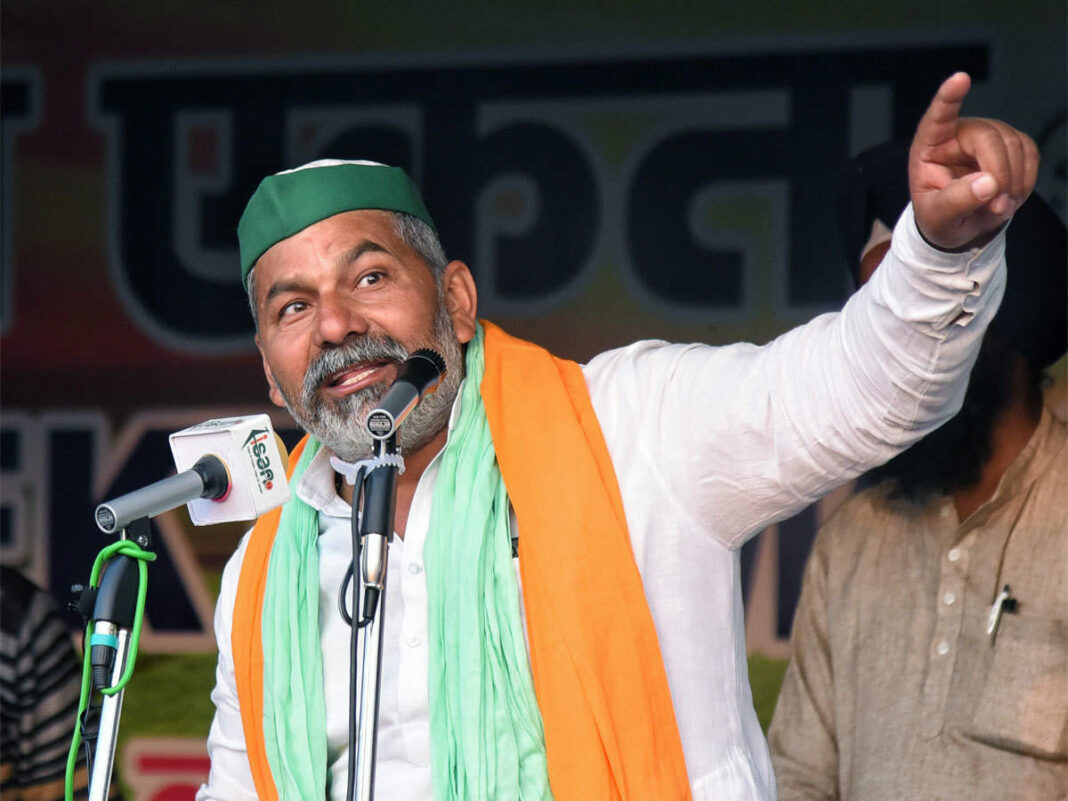 Farmer leader Rakesh Tikait said on Tuesday that if the central government did not withdraw the farm laws, then this time the call would be to surround the Parliament and there would be 40 lakh tractor instead of 4 lakh tractor.

Along with this, he asked the farmers to be ready because there can be a call to go to Delhi anytime. Tikait was addressing the Kisan Mahapanchayat of United Kisan Morcha in Sikar, Rajasthan on Tuesday. He said, “Open your ears and listen to Delhi, these farmers are also the same and tractors will also be the same. This time the call will be for the Parliament. Will go to Parliament by saying This time 40 lakh not 4 lakh tractors will go.

“This time the call will be for Parliament gherao. We will announce it and then march towards Delhi. This time 40 lakh tractors will be there instead of four lakh tractors,” he said.

Farmer leader Rakesh Tikait said this while addressing the mahapanchayat of Kisan Morcha held in Sikar on Tuesday. He said that Delhi should listen openly, these farmers are also the same and tractors will also be the same. This time the call will be for the Parliament.

Tikait further said that there was a conspiracy to defame the farmers of the country on 26 January. Every farmer in the country loves the tricolor, but not the leaders of this country.

He warned that if the government does not withdraw the new laws soon, they will demolish the godowns of big companies. For this too, the United Front will decide the date. Apart from Sikar, Tikait also addressed the Kisan Sabha at Sardarshahar in Churu district on Tuesday. In which many leaders including Yogendra Yadav of Swaraj movement were present.

Did not ask to burn crop, movement will continue till 2024-

Farmer leader Rakesh Tikait has defended his statement of burning one crop. In the press conference, he said that farmers were not asked to burn or waste crops. The people of the village spoke of sacrificing a crop. On this, we told the farmers to be ready to sacrifice a crop. He said that the government is saying that the movement should be weakened when the farmers go to the fields at the time of harvesting the crops. Which is a false statement. On the question of linking the movement with the particular caste, he called it the government’s policy of distributing it to the farmers.

The reason for selecting Sikar for the Mahapanchayat, he said, is the seeds of revolution in the soil here. He said that he will start from a stronghold and take Mahapanchayat all over the country. On the upcoming plow movement in Delhi, if the government does not withdraw the agricultural bill, farmers will plow and sow the Parliament in the enclosed parks, according to Lal Bahadur Shastri. On the question of how long the movement will last, he said that it should run till 2024. On the question of not getting the support of the opposition, he said that this situation would not have happened if the opposition had been together. Said, the opposition is weak. On the statement of breaking the nose of the government, he said that the government did not even agree.