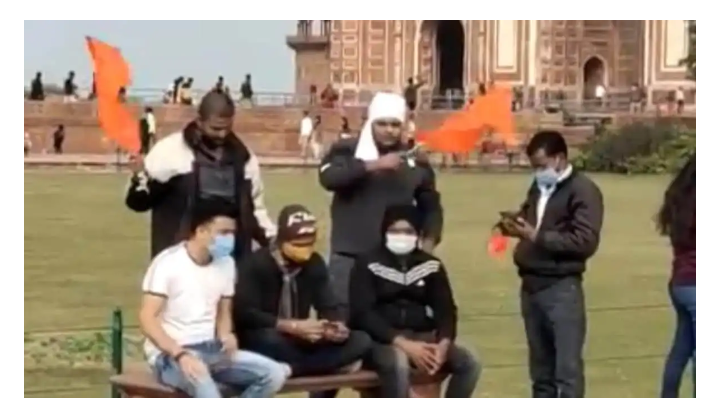 On Monday, the police arrested four members of a Hindutva group after a video of them waving a flag on the premises of the Taj Mahal in Agra went viral, according to several media reports.

“Since it’s a security breach, we have sought a report from the CISF in the next two to three days to understand what happened,” Vasant Swarnkar, Superintending Archaeologist, ASI (Agra Circle), told PTI.

As part of the security protocol, all visitors to the ASI monument are checked using metal-detectors, they cannot carry posters or any writing material. However, the use of selfie-sticks is not banned.