Govt. Sets up Control Room As Thousands of Birds Die Across States 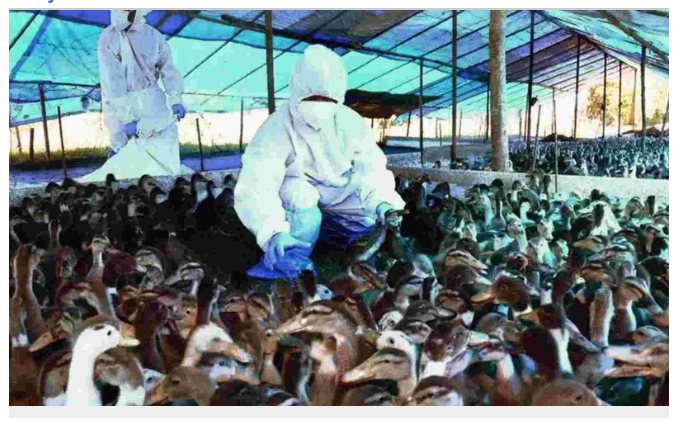 After confirmation of bird flu in Rajasthan, Madhya Pradesh, Himachal Pradesh and Kerala, the Department of Animal Husbandry and Dairying has set up a control room in New Delhi to take stock on a daily basis of preventive and control measures undertaken by the states, the Centre said on Wednesday, 6 January.

The Punjab animal husbandry department has directed its district-level officials to start surveillance of commercial poultry farms and lakes/wetlands to check unusual sickness and deaths among birds and collect samples for testing.

Over 50 birds including crows and pigeons have died in Baran district of Rajasthan and samples of the birds have been sent to a lab in Bhopal for the test, Baran Additional DM Mohammed Abubakr said on Tuesday.

In Himachal Pradesh as well, 119 samples of poultry have been sent to a lab in Jalandhar for the test. Himachal Pradesh Agriculture Minister Virender Kanwar said, “We are collecting poultry samples from different parts of the state.”

Himachal Pradesh Forest Minister Rakesh Pathania added that as many as 2,403 birds have died so far in the state. “We expect that this number will grow. We are on high alert and monitoring the situation very carefully,” he said.

After at least 12,000 ducks died in the last few days in Kerala, neighbouring states-Karnataka and Tamil Nadu are also on alert.

In Kerala, nearly 36,000 birds are likely to be culled after the H5N8 strain of Avian Influenza was confirmed in Alappuzha and Kottayam. The state has set up control rooms and Quick Response Teams (QRTs) in the two districts.

To prevent disease transmission from affected birds to poultry and humans, the ministry has asked states to follow the general prevention guidelines.

“Coordination with the forest department for reporting any unusual mortality of birds was also suggested to the States. The other states were also requested to keep a vigil on any unusual mortality amongst birds and to report immediately to take necessary measures,” the ministry said in a statement.