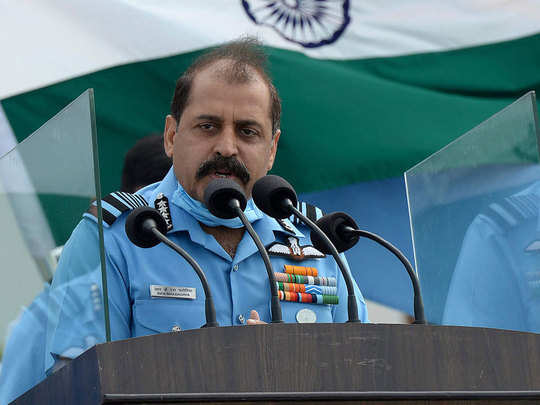 Air Force Chief RKS Bhadauria gave a stern warning to China on Tuesday. He said in strong words that confrontation with India is not good for China on the global front. If China’s aspirations are global, it does not suit their grand plans. Air Chief Marshal gave this message to China during an event on Tuesday.

The Chief of the Air Force said that a large number of Chinese troops are deployed on the Line of Actual Control (LAC). They have a large presence of radar, surface-to-air missiles and surface-to-surface missiles. Their deployment has been strong, but we have also taken all necessary action.

The Air Force chief said that since the US exited Afghanistan, avenues have opened up for both China and Pakistan. RK Bhadoria said that instability on the global geopolitical front has given China a chance to demonstrate its strength. And indirectly it has also brought out the contribution of major powers towards global security.

On the other hand, amid increasing tension with China, the Indian Air Force will take part in the SKYROS maneuver with France in the third week of January with Rafale aircraft. This exercise will be held in Jodhpur. Rafael aircraft of the French Air Force will come to India to participate in the exercise. ANI quoted government sources as saying that 17 squadrons of Indian Air Force and Sukhoi-30 MKI aircraft will participate.

At the same time, the Air Force Chief said that with the help of small countries and separatists, low-cost technologies such as drones are easily available to China, making it successful in creating adverse effects. He said that if a situation arises, India is fully prepared to fight any daring of China.